Whether you’re looking for a show to relate to or a show to get baked with, we’ve got you covered. Today we are going to explore all of our favorite TV shows about cannabis. Both new and old, let’s unfold all there is to know about Hollywood’s interpretation of our weed world.

This mini-series is self-described as a“docucomedy about the Gold Rush culture of the California weed industry”. Dope State hosts a mockumentary style of California cannabis-themed comedy that you’ll really enjoy. It follows the cast as they attempt to break ground as “weedtrepreneurs” , comically exaggerating marijuana culture that we all know and love.

If you enjoy Chopped, you’ll enjoy Chopped 420. Following the same format that has worked for years, Chopped 420 is a timed cooking competition show with required elements and special ingredients. The twist here is that some of the ingredients require special attention as they include cannabis recipes. Hosted by hilarious actor and comedian Ron Funches known for his “high” comedy, Chopped 420 is an enjoyable show you won’t want to miss.

If you enjoy anthologies (series where each episode is of it’s own genre, characters, and story) you will enjoy this next show. High Maintenance follows the customers of a cannabis currier in New York. Each episode, “The Guy” delivers his marijauna products and the story continues through following his buyers. With seemingly no plot, this series explores fascinating glimpses into the lives of different personalities all with one thing in common- weed.

Finally, a female stoner duo. Move aside Harold and Kumar, real-life friends Ilana Glazer and Abbi Jacobson have taken over Broad City. You can watch all 5 seasons of these two entertaining women as they try to make it big in New York City now on Hulu. Joint the cult following that has developed since it’s airing in 2014 by streaming Broad City today.

What is enjoyable about this series is how inclusive the writers are about weed. The Grace and Frankie story doesn’t center on marijuana, but instead makes it a regular part of there lives. It also shows us how it is entirely normal for people of all ages to consume cannabis. Once in the “free love” era, always in the free love era. However if you have watched this show, you will also know that some things do change. This show is both cannabis and love inclusive, and we can’t wait for you to watch!

If you’re into streamed sitcoms, Disjointed might be for you. The show did give an effort to touch on serious issues associated with the cannabis industry. Subjects such as cannabis, mental health, activism, and misconceptions about cannabis users, are all explored in this dispensary-themed show. Although it only aired for one season, award-winning actress Kathy Bates stars with guest appearances by Cheech and Chong make the show worth giving it a try.

If you are looking for a Y2K series to binge watch, Weeds has over 100 episodes for you to enjoy. This “dramady”(dark comedy) follows a mother and widow who finds herself selling marijuana to keep her roof over her head. She than finds herself getting in over her own head as she tries to branch out more, not realizing the stiff competition in pre-legal cannabis California.

How could we have a “TV Shows About Weed” list without That 70’s Show? Although it is never directly stated, if you’ve watched this show you know that the main characters are all pot-heads. In order to get around cable television rules, the smoke-covered cast joined in “the circle” with the camera panning as if passing a joint, all while comically spilling there innermost thoughts. Binge-watch 200 episodes of the 70’s high school gang on Netflix and you’ll see real life married couple Ashton Kutcher and Mila Kunis together on screen for the first time as well as several hilarious Tommy Chong cameos.

Donald Glover is known as Hollywood’s quintuple threat for his blockbuster acting, writing, comedy, rapping, and showrunning. His show Atlanta aired in 2016 only had two seasons; however season three and four will be airing in 2021. This means if you haven’t seen Atlanta before, you’ll want to start streaming now. Atlanta follows Glover’s character Earn as he tries to redeem himself to the mother of his child, his parents, and his rising rapper cousin he wishes to manage. Earn is seen as smoking weed in most scenes, showing both the comforts and risks of the illegal drug market. Atlanta comically illustrates the human condition and is a show you won’t want to miss.

Luckily for California residents, recreational and medical marijuana is legal. Kushfly is here to meet all of your marijuana needs with rapid delivery in 45 minutes or less in Los Angeles or same day in SoCal! 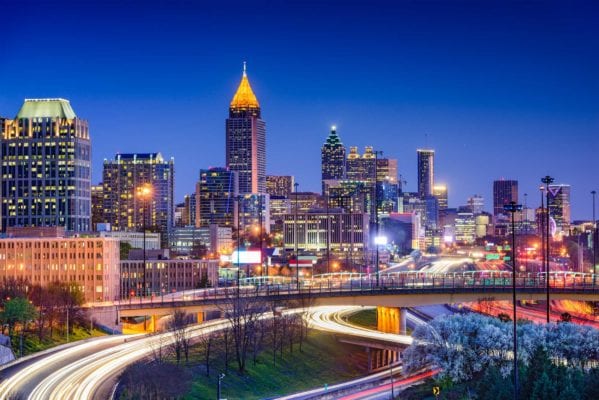 Interested in learning more about cannabis? Check out our other articles:

How To Become A Cannabis Photographer

How To Plan The Perfect Weed Picnic

If you are in LA and would like to purchase marijuana flower, CBD, edibles, or vapes and concentrates for delivery, register with Kushfly here. Check out our DEALS! And ask us how you can get FREE delivery!