Every time you’ve ever smoked cannabis or eaten a weed edible, you’ve had decarboxylated weed. In fact, there’s no way you would ever get high without decarboxylation.

So what is decarboxylation, how does it happen, and why does every cannabis you ever consume need it? Continue reading below to find out how weed goes through decarboxylation and why it’s so important.

How Are Cannabinoids Made?

There are over one hundred types of cannabinoids discovered so far and counting. However, every cannabinoid that gets made comes from one single cannabinoid called CBG.

That means that THC and CBD come from CBG when the plant is growing and maturing. By the time the bud is ready for harvest, almost all of the CBG has converted into THC and CBD.

CBG also converts into other cannabinoids like CBC, but those only get made in tiny amounts.

Now here’s the important part—all cannabinoids are first made in their acidic form. You probably always hear about THC, CBD, CBG, CBC, and so on.

However, when the cannabinoids are on the plant, they’re in their acidic forms. So if you order top-shelf buds from a delivery service and the package says 26% THC, they probably mean 26% THCA.

Without going too deep into the chemistry, basically, THCA is the same thing as THC except with a carboxyl group on it. The carboxyl group needs to be removed from the THCA to turn into the active THC.

It’s the same thing for other cannabinoids like CBDA, CBCA, CBGA, and so on.

Think about it—if you were to take some fresh buds and eat them, nothing would happen—right? You need to do something to the weed first for it to work.

That’s where the process of decarboxylation comes in.

Getting rid of the carboxyl group is called decarboxylation—makes sense, right? That fancy-sounding word basically means that you need to heat your cannabis.

Heating the THCA causes the carboxyl group to split off, turning it into our beloved THC. To do that, all you need to do is heat the weed at or above 220°F.

If you’ve ever used a vaporizer, you’ve likely seen some temperature settings around there. Of course, if you smoke your cannabis, then you’re heating the THCA well above 220°F.

This decarboxylation process is also why you need to cook or bake your cannabis when you make an edible. Most edible recipes have a step to decarb your weed in the oven before adding it into a homemade recipe.

Of course, if you buy a pre-made edible, then the manufacturers always use decarboxylated weed or oil.

So why do the cannabinoids need to be in the active form in the first place? It’s because if they weren’t, then the endocannabinoid system (ECS) wouldn’t be able to use them.

The only reason that THC and other cannabinoids affect us is because of the ECS.

The ECS is a complex system of receptors located all around the body—from the immune system to the brain. These receptors are essential for regulating mood, appetite, memory, pain, and more.

In a nutshell, the ECS is responsible for maintaining the body’s homeostasis. That means that if anything throws the body off, like an injury or an infection, the ECS tries to bring everything back to normal.

That’s why cannabinoids can aid so many different types of ailments. However, cannabinoids need to be in their active form to affect the ECS.

To see how it works, we’ll use THC as an example. THC is the cannabinoid responsible for the high feeling that we get.

In the brain, there are endocannabinoid receptors called CB1. We can think of receptors as locks and cannabinoids as keys.

Suppose a cannabinoid connects to a receptor (lock and key), then that causes something to happen. When THC attaches to the CB1 receptor, that’s how we get the feeling of being high.

However, if we consume THCA, then the cannabinoid (key) won’t be able to connect with the receptor (lock)—so nothing happens.

Thanks to decarboxylation and chemistry, we’re able to take the full advantages of weed. Who said that chemistry couldn’t be fun?

If you’re in the Los Angeles area and need some top-shelf bud to decarb, then Kushfly has you covered. With deliveries straight to your door, you can get to decarbing easily and quickly. 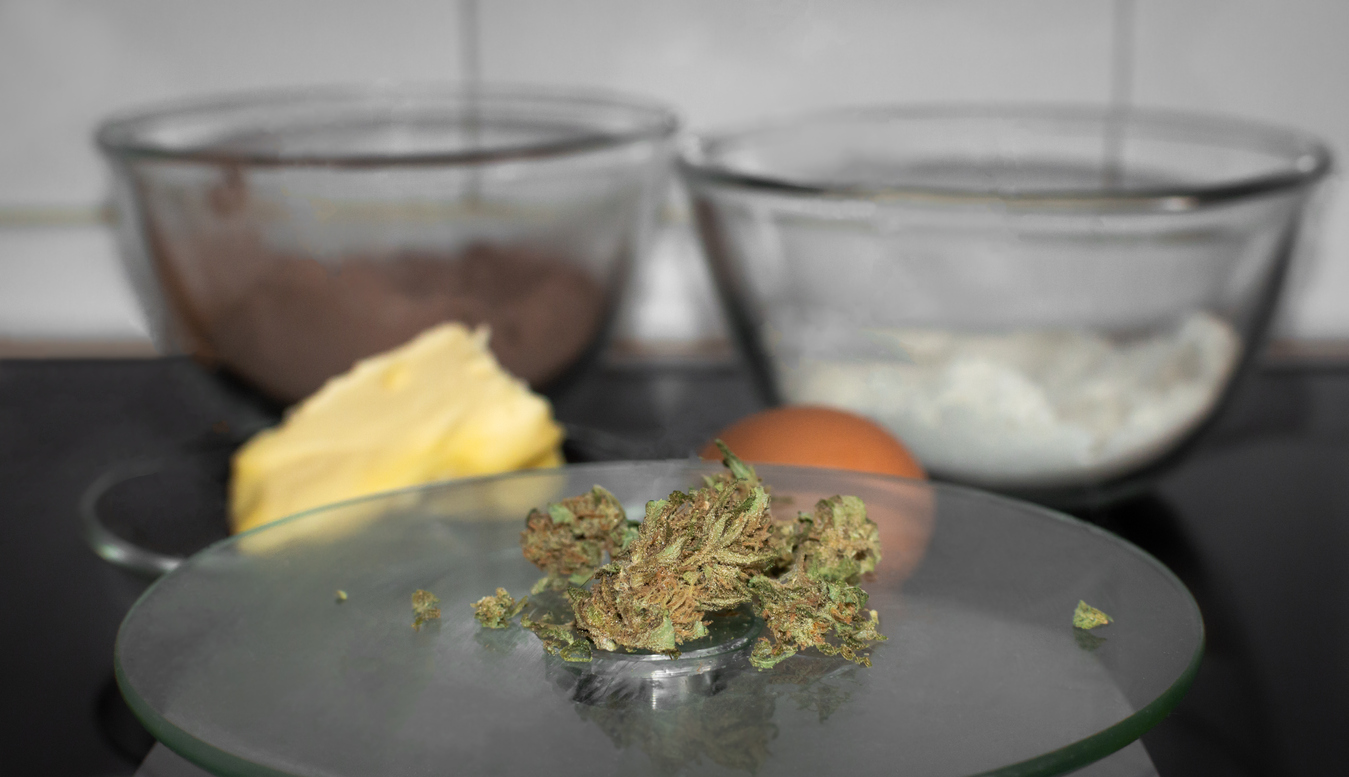 CUSTOMER PRIVACY:
We protect our customers’ confidentiality and DO NOT report or turn in any lists or customer information to any third party or Government Agency. Customers’ records are strictly confidential and are protected by Federal and State Law.

Send in your registration application today!

NOTE: Your ID will be checked once your order is placed and verified in person upon delivery.

CUSTOMER PRIVACY:
We protect our customers’ confidentiality and DO NOT report or turn in any lists or customer information to any third party or Government Agency. Customers’ records are strictly confidential and are protected by Federal and State Law.

Send in your registration application today!

NOTE: Your account will be held for moderation and you will be unable to login until it is approved.