Lebanon has become the first Arab country to legalize cannabis for medical and industrial use. Lebanon has one of the highest debt-GDP ratios in the world, and many experts have welcomed the decision in light of the countries money problems. The high revenue from cannabis exports could generate $1 billion in annual revenue for Lebanon. So, what does legal weed in Lebanon look like exactly?

Until now, Lebanon had banned the growth, sale and consumption of cannabis, even though legalization of production had been recommended in the past.

However, attitudes began to shift after the US consulting firm McKinsey & Company touted the legalization of cannabis in a study on how the government could revitalize the economy.

In 2018, the UN Office on Drugs and Crime (UNODC) ranked Lebanon in the world’s top five producers of cannabis.

The revenue from marijuana crops has previously helped areas in Lebanon that suffer from poverty. For more traditional crops like olives, potatoes and beets, there is a lot of competition. However, there is much less competition for hash, making it a very beneficial plant to farm and Lebanon can build its reputation of a producer of high-quality cannabis.

According to one estimate, up to 100,000 hectares could come into hashish farming within a period of five to 10 years, with a crop value of $1 billion to $1.2 billion.

So does all this mean legal weed in Lebanon? Not yet. This new law was only just passed less than a week ago and there are still many details to iron out. But one thing we do know for sure is that Lebanon being the first Arab country to legalize weed is a huge victory!

When Did Weed Become Illegal In The U.S.?

Legal Marijuana – Will It Help Or Harm Americans? 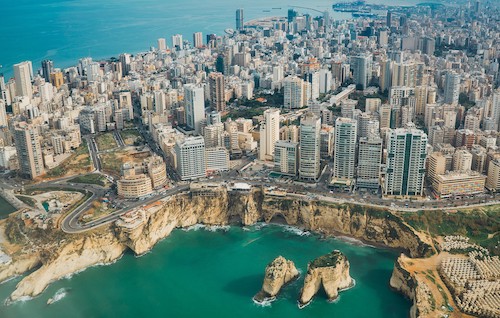