Although the effects of marijuana fade quickly, you can still detect the drug in the body for weeks or even longer. The length of time weed stays in the system depends on how much marijuana you have been ingesting or smoking. Other factors to consider are the body fat of a person, the amount of weed consumed, frequency of consumption, and the sensitivity of the drug test.

THC is the main compound in marijuana responsible for psychoactive effects and can linger in the body for several days to weeks. Most people consume weed due to these effects that give them pleasure and a boost of energy. Kushfly offers a variety of weed products with different levels of THC that can help you to handle conditions such as pain, depression, and anxiety, among others. Drug tests usually detect this compound in the blood, urine, and hair for several days after smoking, while saliva tests detect only after a few hours. THC compound is a lipid-soluble chemical; it binds to body fat, thus increasing the time taken to eliminate it from the body.

How long can you detect weed in your body?

The detection window also depends on the type of tests used:

-Saliva tests detect in 24 hours after use while some can go up to 72 hours. Further information from a review in 2014 shows that the detection window is 1 to 3 days in occasional users and 1-29 days in chronic users.

-Urine tests are the most common and can detect weed in urine for 3-30 days after use. Mayo Clinic reports that you can detect weed in the urine based on the following:
Occasional weed users (thrice a week) – 3 days
Moderate users (four times per week) – 5-7 days
Chronic daily users – 10-15 days
Chronic heavy users (several times a day) – more than 1 month

-Hair tests are more accurate and sensitive compared to urine and saliva and can detect THC up to three months after use. At times, hair tests may show a false positive due to the oil in the skin that transfers to hair. Weed enters the hair follicles through small blood vessels leaving trace amounts in your hair.

How long does your body take to break down THC?

THC is the active ingredient in cannabis, and it enters the body through the bloodstream. The body temporarily stores some of this compound in fatty tissues and other organs. When stored in the kidney, the body reabsorbs it, and it enters the bloodstream again. The liver helps in the breakdown of THC, which has more than 80 metabolites. Blood tests usually target the THC metabolites that linger in your body. However, with time, the body excretes these metabolites in stool and urine.

What effects how long weed stays in your body?

Various factors affect the duration that weed stays in your body. Most elements, such as body mass index, gender, and age originate from the body and affect how your system metabolizes the drug. The body stores marijuana in its fat tissues and this implies that people with high BMI metabolize weed slowly than those with less body fat. Similarly, sex is also a factor to consider because females have more body fat than males. Females take long to breakdown weed compared to men.
The other factors originate from the drug itself and include the frequency and dose. Frequent use and higher doses increase the duration of time your system takes to eliminate marijuana. On the same note, a weed that has high potency can linger in your system for long. The system retains ingested weed for a longer time compared to smoked weed. The potency of each marijuana dosage matters a lot.

How can you make leave your system faster?

You cannot do much to speed up the breakdown process; however, staying hydrated, eating healthy, and exercising may help a little. The two main techniques that can work for you are speeding your metabolism and decreasing THC concentration in your system. Dehydration increases THC concentrations in your body. Therefore, proper dehydration can help to reduce the concentration in the drug tests. Mostly, a dehydrated person has a high chance of getting a positive result. Before taking a test, you can drink a lot of water and urinate several times. This may also help to dilute your urine and show very low levels of THC. Many weed detox solutions available on the internet require you to follow this hydration method. Besides, you can take vitamin B-12 or creatinine among other herbal supplements to boost the dilution.

In relation to metabolism, you can try exercising to help the body break down more THC. It is for this reason that people who have a faster metabolism rate eliminate weed in the system faster than those with slower metabolism do.

Marijuana may stay in your system for several days to a month after your last use. The detection window depends on your body, the drug tests used, and the frequency and dose used. To speed up the breakdown of weed, you should stay hydrated and exercise a lot before taking a drug test.

Can You Fail A Drug Test By Ingesting Hemp Derived CBD?

Weed Memes, The Greatest Invention Of Our Generation

Here’s Why Drinking Bong Water Is A Horrible Idea 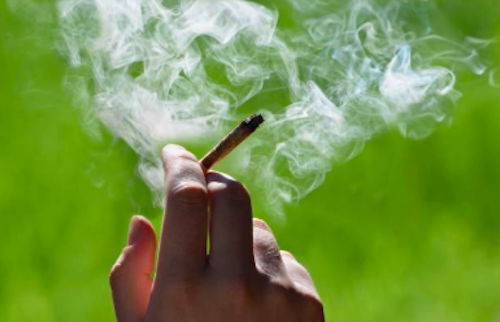