Even though it is almost impossible, sometimes people are having a hard time finding a thing to do in Los Angeles The proximity of Los Angeles to the skiing spots may surprise you. There are plenty of ski resorts nearby and they are only a couple of hours away. If you are into the sport or just love snow-capped mountains, you should check out these Ski destinations near Los Angeles. Also, you don’t want to be up in the mountains without some cannabis delicacies. Make sure to use the best Los Angeles weed delivery service such as Kushfly and pack some snacks for creping munchies before your road trip! 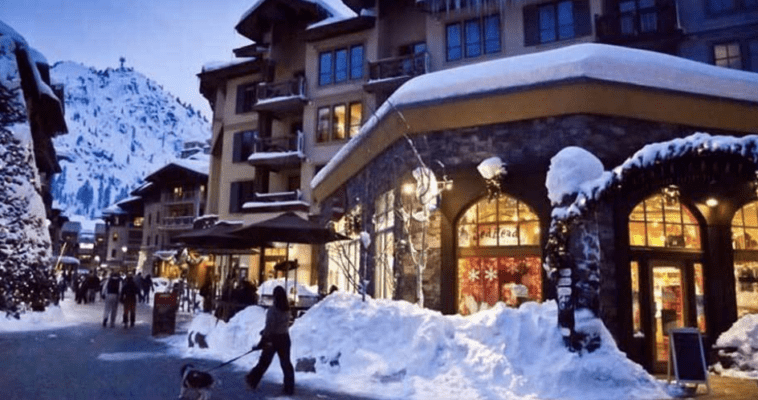 Palisades Tahoe, previously Squaw Valley Ski Resort, is one of the country’s major ski resorts, located on the northern shore of Lake Tahoe. Olympic Valley and Alpine Meadows are the two mountains that make up this area. Although the mountains are only a 10-minute drive apart, Palisades offers free shuttle service between them all day, and a lift ticket is valid at both. The resorts include 6,000 acres of skiable land, 34 lifts, and dozens of routes, and they draw about 600,000 skiers each year. Palisades is close to the historic Donner Pass, therefore it gets a lot of snow virtually every year, with winter snowfall typically topping 400 inches. Take the picturesque aerial tramway up 2,000 feet to High Camp, at an elevation of 8,200 feet, where guests may drink, dine, shop, and even ice skate, if slicing through all that fresh powder isn’t enough.

Even during peak season, Boreal is one of the most economical options in Tahoe, with all tickets under $100. The resort offers night skiing, which means you may spend 12 hours on the slopes for the price of one. Boreal is a terrific place for anyone still learning to experience a day on skis or a board without spending too much money because about three-quarters of the mountain is beginner-to-intermediate. Feel Good Fridays is one of the resort’s most popular promotions, in which lift tickets are only $25 on specific Fridays during the season, with $5 of that price going to charity. 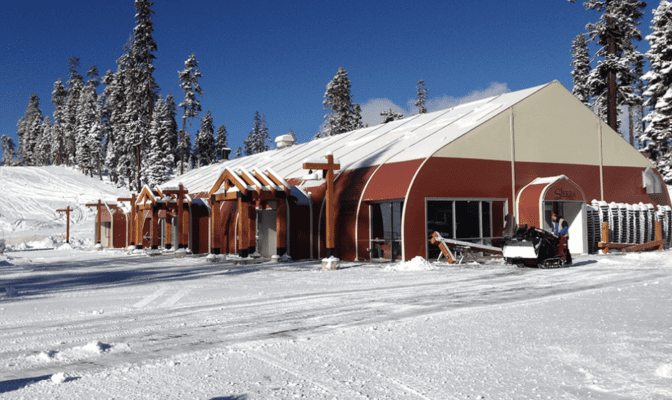 Sierra-at-Tahoe, or just Sierra, is a family-friendly resort located on the south side of Lake Tahoe in the Eldorado National Forest. It was founded in 1946. Its topography is evenly split between beginner runs, well-groomed blues, and advanced slopes, with 25% beginner runs, half well-groomed blues, and 25% advanced slopes. The resort offers a total of 11 lifts and 46 runs, as well as six terrain parks. The open terrain, however, is expected to appear different this ski season as a result of the Caldor Fire’s aftermath. While they work on repairing that side of the mountain, the West Bowl Express trails, for example, will be closed. For updates and opening date announcements for the 2021/2022 season, keep an eye on the website.

Heavenly is a big resort on the south coast of Lake Tahoe that straddles the California-Nevada border, with four base facilities, 97 routes, 30 ski lifts, and three terrain parks, as well as the highest elevation of any Lake Tahoe region resort at 10,067 feet. With the LEED-certified Tamarack Lodge, a full fleet of low-emission buses, and Mountain Lab, a co-working facility immediately at the base of the mountain, it’s the perfect destination for freelancers who want to split their days between slopes and sales calls. Heavenly is a diversified and family-friendly resort, providing adaptive programs for blind and otherwise impaired skiers of all ages in addition to conventional classes.

When Mammoth Mountain gets too crowded, people go to June Mountain. There are 35 runs in all, over half of which are well-groomed blues and only 20% of which are blacks, making this a perfect beginner-to-intermediate mountain for the whole family. Partway up the mountain, the June Meadows chalet has lockers, rentals, repairs, and a sports shop, as well as a ski school, indoor and outdoor eateries, and the famed Antler Bar, where you can enjoy a sunset cocktail or small dose of THC Edible after your last run of the day.

With plenty of bunny hill slopes and some of the best tree skiing in the Sierras, this 11,000-foot mountain has something for everyone. Advanced skiers will get exclusive access to a few chairs that lead only to black and double black runs. Take the Gondola all the way to the top, whether you’re skiing to the bottom or not—you can either find an intermediate path back down or stay on the Gondola back to the base, which has apres-ski goodies and the tacky tiki bar Lakanuki. Mammoth is the place to be in the spring for skiing, with T-shirt weather lasting well into the summer, especially after a snowy winter. If you’re staying close, take advantage of Mammoth’s free shuttle service, which will get you to the base in approximately 15 minutes. 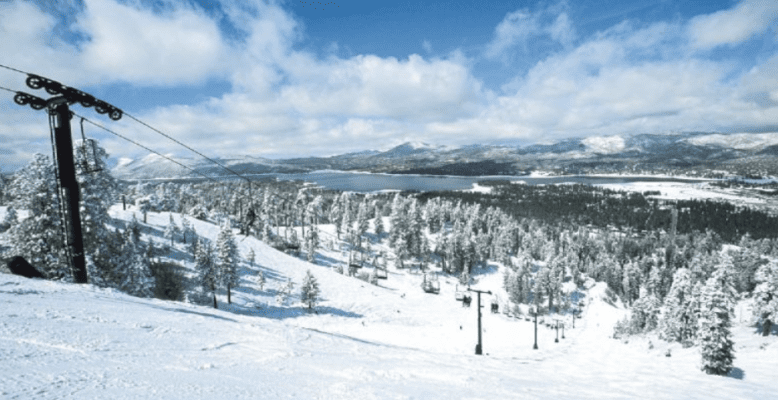 Snow Summit is one of the larger ski areas in Southern California and is especially popular with nearby Angelenos. It’s a mid-sized resort, with 1,209 feet of elevation gain and 240 acres of skiable terrain. A majority of the runs here are groomer blues, but the small beginner area is a perfectly good place for anyone who’s just learning, and a full quarter of the mountain is black diamonds. A lift ticket here will also grant you access to Snow Summit’s sister mountain, Bear Mountain.

In 2002, adjacent mountain Snow Summit purchased Bear Mountain in Big Bear; some speculate that this was a premeditated attempt to attract snowboarders to Bear Mountain while leaving Snow Summit to the skiers (though one lift ticket grants entry to both mountains). Because of its varied terrain, Bear Mountain has been dubbed “the Park,” and it was one of the first freestyle parks in the early 1990s. A total of 24 conventional runs, predominantly intermediate blues, and blacks are available on the mountain (only 15 percent of the mountain is designated for beginners). Bear Mountain is home to three main peaks, the largest of which, at little over 8,800 feet, is Southern California’s highest summit with a lift. 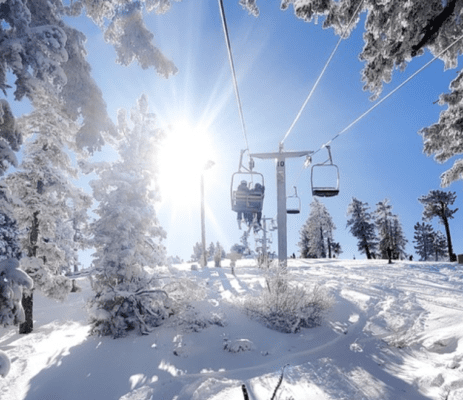 Mountain High is one of the country’s oldest ski resorts; skiers were pulled up the mountain using a rope tow during its initial year of operation in 1937, and lift tickets were only $1.50 a day in 1960! Today, the resort is divided into three distinct sections, each with its own lift ticket system and bus service. The North Resort caters to beginners with a ski school, tubing, and snow play area; the East Resort offers longer runs and more open terrain for alpine snowsports; the West Resort (the most popular of the three) caters to more advanced skiers with the Faultline Terrain Park and a number of tree trails. Goldrush, Mountain High’s longest run, is 1.6 miles long and the longest in Southern California. 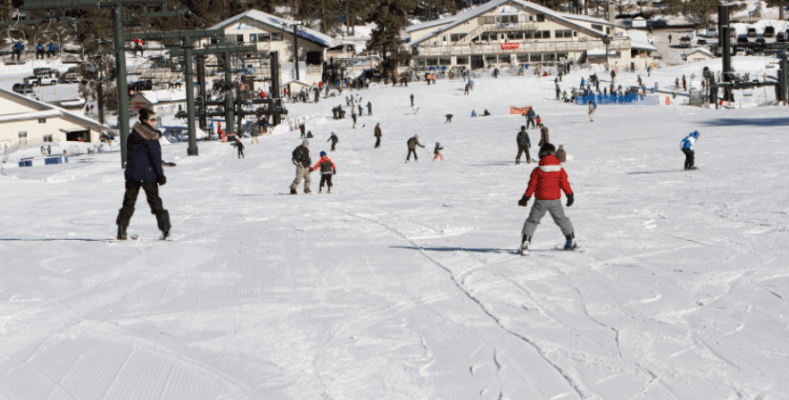 The oldest continuously functioning ski resort in Southern California is Snow Valley Mountain Resort, which is nestled in the San Bernadino National Forest (and operates under a special permit from the US Forest Service). The property was built as a timber mill and roadside resort in the 1920s, and by the 1930s, slopes for tobogganing and skiing had been developed. Snow Valley features 240 acres of skiable terrain, 12 lifts, and three terrain parks, as well as one of the first overhead cable ski lifts. Consider purchasing a Night Session ticket, which provides you access to the front part of the mountain, including the Edge terrain park, if you can only make it up for a half-day or evening session.

If you are in Los Angeles and seeking to order flowers or edibles to your address, check out our flowers and edibles pages. Make sure to stop by at the deals page as well to get the best out of your purchase. 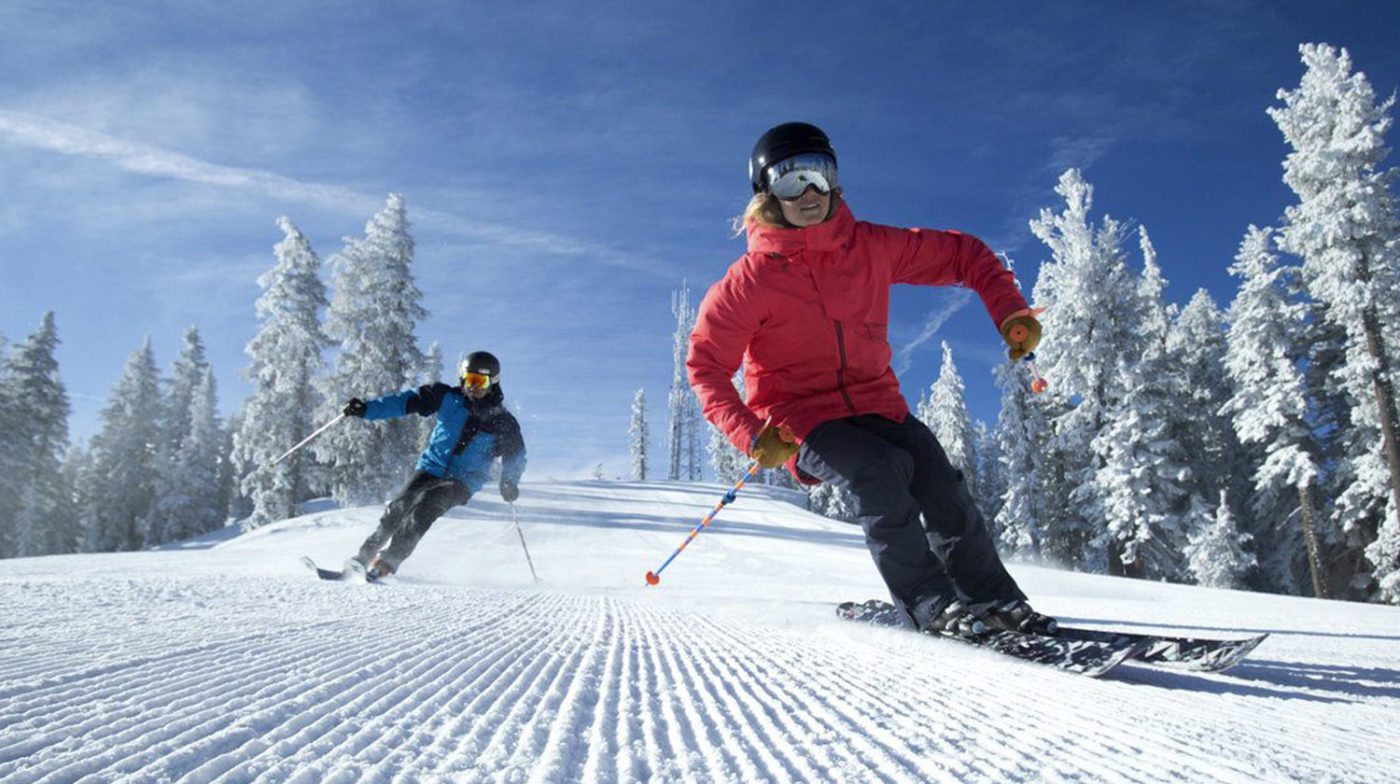